The Walkabouts are pleased to announce that the full catalog of music that band leaders Chris Eckman and Carla Torgerson released as a duo is now readily available from the Drums & Wires Recordings website!

The fifth solo album from Chris Eckman, The Walkabouts songwriter, co-singer, guitarist and bandleader, is a deep dive into the vagaries of these extraordinary times. His luminous songwriting navigates loss, disorientation, redemption and the search for home.

The Walkabouts are pleased to announce that we are now selling our music direct to our fans from a new online music catalog called Drums & Wires Recordings.

Carla is preparing to record her second solo album!

Carla Torgerson, a founding member of The Walkabouts, is raising money so that she record her second solo album. Click here to learn more about her project and make a donation. Her debut solo album Saint Stranger was released in 2004 and we're excited that Carla is getting back to work making new music! 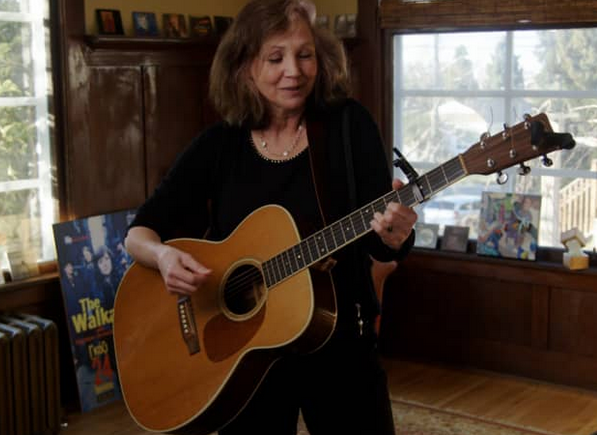 Rest in peace Fred. The Walkabouts were fortunate to have him play on our Trail of Stars album. He was a friend and fellow traveler, and he will be missed.

We are beyond thrilled to announce the December 2nd, 2016 release of a new retrospective box set of Walkabouts cover albums and related live recordings, Feel Like Going Home: The Covers.

This 3 LP + 4 CD box set contains our 1993 covers album Satisfied Mind featuring folk and country versions of an eclectic mix of our musical heroes from Patti Smith and Lenny Kaye to Charlie Rich and Robert Forster (to name but a few), and our companion album Train Leaves at Eight covering only European music from artists such as Jacques Brel and Neu! that was released in 2001.

As a bonus and a special gift to our friends and fans this box includes a third double LP, the live album Gone To Hell, Back By Eight. This album includes recordings of two concerts from the Satisfied Mind and Train Leaves at Eight eras.

To learn more about Feel Like Going Home: The Covers visit Glitterhouse Records and tell them The Walks sent ya!

Congratulations to our friends Transmissionary Six!

For the first time ever, the music of the Transmissionary Six (Terri & Paul from The Walkabouts) will be available on vinyl. June 10th will see the release of “Selected Songs / 2002-2012.” The band turned to longtime Walks cohort Chris Eckman to choose which ten favorites would make the album. Those are the songs that appear, right down to the running order Chris proposed for each side. Walkabout Mike Bass (aka Michael Wells) makes a small cameo appearance as well on harmonica. Having been warmly remastered and optimized especially for vinyl, this album sounds simply wonderful.

Folks who live in Europe can learn more about the album HERE.